Be your own advocate!

No one knows your body better than you, that is why it is so important that you are your own health advocate! This is always important, but even more so with Gastroparesis.

We all have heard about the privacy act, but just to make sure ask if anything you say will stay private. Once your doctor confirms that it will stay private (if you do not feel like you can not trust your doctor or are unsure find a new doctor!!) Tell the truth, everything even if it doesn't seem related, be honest about alcohol and drug use. This is a biggie for me and I had to switch doctors and clinics many times until i found a doctor i could be truthful with. I am a weed smoker, i use it for nausea and pain, well it turns out it was good i told my doctor, he informed me smoking weed can make nausea and stomach pains worse and not to smoke it... He said instead vaporize it, best advice i had got in a long time from a doctor!!

Always ask for a copy of your medical records after every visit and keep them all in a binder. The same goes for laboratory and radiology test. Bring your records to every visit, and also keep a record of your symptoms and what makes them better and worse. This will help to identify triggers and allows you to better control symptoms. Also look at your files closely. I have learned many times there is stuff doctors either miss or decide not to tell us, some is just interesting but some can be important! Also it is always nice to get an inside look at what your doctor thinks about you and your case, this is especially true with ER records!

Fully research gastroparesis (using information from only trusted sources like WebMD, Mayo Clinic) and print out copies of what you have learned to keep with your medical files. You can also google your doctor to find out ratings and reviews. I HIGHLY recommend this!

If you do not agree with the treatment plan your doctor gives you speak up! This is a job to them, but it is your life! Do not be afraid to switch doctors and get a second, third, forth ext.. opinion! I have seen more doctors than i can even count (lost track around 30ish) but have finally found that one doctor that I trust fully and that ASK MY OPINION. This is a biggie too never let your doctor decide anything if you are uncomfortable with it! If your doctors ego is running the show run away to another doctor and fast!!

And communicate in as much detail as possible about what is not working. Be persistent, and do some research yourself. If you are on a medication and having side affects look up other similar medicines so you can directly ask your doctor for what you think will work best!

Turn to other fighters of GP with any questions if you feel comfortable doing so. We have been there, we have had experiences you cannot learn in medical school or from a book! Remember no one knows our bodys and gastroparesis better than us!

Always look up medicine interactions when starting new medicines, I recently had a very scary experience because i was told to take two medications but as soon as i took them the doctor called saying not to take them both or it will cause internal bleeding. If i had looked it up myself I could of avoided the entire problem! From now on i will be looking everything up myself, doctors are human and do mess up so it is up to us to make sure the care we receive is safe and right for us!

I hear a lot of you say you do not go out much for fear of getting sick. I want you to know you are not alone. Often times I avoid leaving the house so I don't get sick in front of strangers. This isn't always an option tho...here is my WORST GP day!

It was a cold snowy day here in Wisconsin and i had a court hearing across town. I woke up feeling horrible, anything i would drink was coming right back up, nausea meds providing no relief, i was a mess.

I called the judge's secretary and explained how sick i was, her reply well you have to be here you can not reschedule...

I knew this would end badly, just had no idea how badly. I made it to the bus stop a block from my house and had already puked in my bag i took with, so i threw it away and got on the bus.

I remember i kept saying in my head don't get sick, don't get sick... We made it a few blocks and it started coming out, i ran to the front of the bus and puked all over the garbage can.

Everyone on the bus was just staring at me, i felt mortified!! I apologized to the bus driver and took a seat as close to the front of the bus that i could, it was a good thing too because a few minutes later it started again, people on the bus were staring at me and whispering. Finally we reached the court house and i got of the bus glad to be away from those 15 or 20 people i just puked in front of multiple times!

I enter the courthouse and go upstairs to the courtroom and take a seat in back of courtroom to wait to be called up, i sat there fine for a few minutes then the horrible nausea struck again, i got up and went to the door but there was a bailiff there and he said you can not leave until you have seen the judge, i explained i was going to be sick and with a blank stare he said maam go sit down and wait.

I did go sit down and that is when it started, i puked all over the floor of his courtroom!!! And i thought the bus was bad! Everyone got silent and just stared at me, finally the judge said i could reschedule and go home.

As an added note any future court hearings i was allowed to appear by phone! :)

With sickness comes some good too...

Upon getting the news I had a disease and it had no cure i was crushed. I immediately thought the worst, i had already given up before i began...

I spent a year lost. Noone understood, doctors said it was in my head, friends all quit talking to me because I couldn't go hang out or do the things they were doing.

It broke my heart. It crushed my hope and I just knew my life was over.

Then i got on facebook and searched for gastroparesis hoping to find a page...I found a few, there was so much drama and no activity. Then i tried one last page GreensNotEasy and my search was over.

I have stuck with this group and now consider them family. Everything i have tried to find was right there.

I now have the support and understanding i need, i now have amazing people in my life, I now am not fighting alone but with a army of GP survivors!

While in Rochester hospital last month I even got to meet a wonderful woman, mother of a gp fighter, and a true inspiration!

In the future months and years I hope to meet many of the people that i have met.

It is funny how someone who was once a stranger can mean so much to me now. I wake up thinking about these people, I go to bed praying they all have a good night,i spend my days talking to them and trying to help them as they have helped me.

We are NOT lazy. The lack of nutrition makes us tired and unable to do much, it makes us dizzy, and nausea gets worse if we move. What you could do with no issue takes us twice as long and uses every bit of energy we have.

We are NOT weak. We are anything but weak, although our bodys are sometimes weak we are very strong. When people have the flu they lay in bed and wish it would end. We wake up every day knowing we will still be sick, when able to we go about our daily lives. When most people want to give up after two days of the flu we keep going day after day, never giving up.

It is NOT in our heads. This one gets me very upset. I personally have been told this many times, however i know it is not true. Doctors unable to help us feel at a loss and don't want to admit they can not help so they say it is in our heads, loved ones and friends even say it. A horrible incurable disease like this is hard on us but harder when we are told it is in our heads.

Gastroparesis is NOT a eating disorder. In fact most people with gastroparesis love food, i would eat all day every day if i could, I know many others also struggle with the fact we love food our bodies just hate it. We are not anorexic we are not bulimic, we are just physically unable to eat.

Gastroparesis is NOT from us not taking care of ourselves. I have been told before that I deserve to have GP because you only get it by not taking care of yourself. That is extremely false. GP is caused by stomach viruses, damage to vagus nerve due to surgery or injury, many causes are also unknown.

Personal rant regarding Insurance companies in the US and gastroparesis

There is a huge problem when it comes to this country and our insurance companies!
Many of us suffering do not have insurance, and those that do have it are often stuck fighting every time they need medicine or treatment.
Recently my insurance company approved a week long trip to Rochester MN. Since then i have been informed they decided not to cover it and i now owe almost $20,000!
My insurance has also decided i do not need to have zofran in liquid form despite the fact i have been on it for months!
Yet I consider myself lucky, lucky because i can go to insurance and fight that, some are not so lucky. Many people i care about actually have no insurance.
I feel so bad for them, how can our country not have a program for the sick...
I save everything, even filling scripts i know i will never use, saving it all. If it comes to it i will help my friends, i will make sure they have what they need...
It is sad tho that it comes to that, it is sad that in one of the most developed countries that we can't help our own. That the health care field has become about money and nothing else.

Posted by KrystalGP at 7:24 AM No comments:

Gastroparesis the Inside story with LaShelle and Melony's story

When it comes to wanting to give up I am an expert. I have been so fed up with GP too many times to count, but each time I do hang on, strength comes from being knocked down and getting back up!! Never give up! 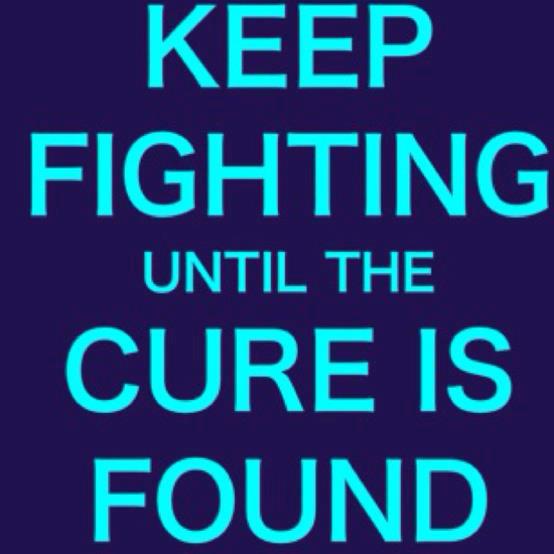